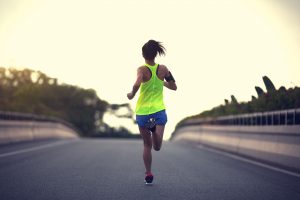 How to Start Exercising: By a Former Couch Potato

Before the quarantine, I barely exercised. At best, I would run on the elliptical once a week for 30 minutes to please my parents that wanted me to stay fit. After the lockdown started, however, I had a lot more free time because I didn’t need to spend 30 minutes on my daily commute. Also, other activities at school were canceled so the options I had were narrowed down to activities I could do at home. As you can guess from the title, the activity I started to put into practice on a frequent basis was exercising. The main reason I didn’t like exercising before COVID-19 was that it didn’t provide a huge reward that motivated me to keep doing the habit. Although I obviously knew the benefits of exercise, the activity was boring and physically uncomfortable. I thought running was a waste of time because as much as I could plan out my day and organize my thoughts while running, I preferred doing this on paper.

After reading the Power of Habit, however, I felt inspired to start exercising. I noticed that I would need 3 elements to start a habit: a cue, routine, and reward. It was obvious that the routine was physical activity, but the cue and reward remained unknown. Thinking back to my short period in life when I ran a mile 2 times a week, I realized that I stopped because I lost interest in listening to a podcast. Because I lost interest in that podcast, I stopped viewing exercise as a fun activity. In other words, the main factor that motivated me to exercise was having the opportunity to listen to podcasts. In order to revive this habit, I did a quick research about popular and highly recommended podcasts. After adding around five of them on my playlist, the situation started to progress. Over a few days, I started to look forward to exercising. By pairing podcasts with exercise, my daily reward was learning about interesting topics on Radiolab or listening to a suspenseful story on This American Life. After a week or so, I noticed that my cue happened right after school before I started my homework because exercise provided a sense of feeling productive, yet I wasn’t doing anything related to school. It was a good excuse to start my homework at a later time. Another reason the cue occurred around the late afternoon was that I felt tired so exercise was a type of caffeine for me that provided me energy.

Although it is too early to be certain that I will continue this habit after quarantine ends, I think one reason I keep exercising is that I already expect a reward before I even exercise. Not only that, it is hard for me to not say no to exercise when the cue arrives. As a keystone habit, exercise led me to other good habits. Like a stone that creates ripples in the water, the effects of exercise don’t stop right after I get off the elliptical. I noticed that I eat a lot less junk food because it doesn’t feel right to eat cookies after exercising. Surprisingly, I feel less stressed and happier. It is important to note that the cause may be attributed to podcasts, not exercise. Still, this is good news. It wasn’t until I started the habit of myself for a couple of weeks that I started to believe that the benefits of exercise are that good.

For those out there who are couch potatoes, try to think of something you like to do when you are bored such as listening to music, podcasts, audiobooks. If you have a treadmill at home, you can watch videos on your device while running. Like what I said before, identify a cue and reward so you have a clear vision of what can motivate you to exercise. If that doesn’t satisfy you, try exercising with your family members or friends by playing a sport that requires more than one person. By exercising with others, they help put some pressure on you to keep exercising. Also, involving another person makes them partly depend on you.