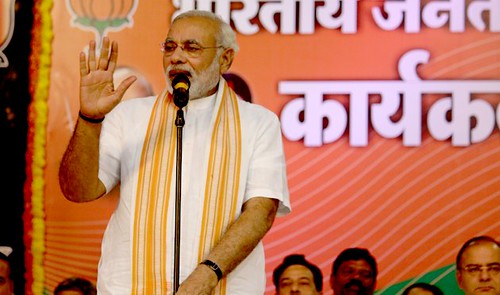 What the farmer protests have revealed about democratic backsliding in India

As the world reels from the global pandemic, climate change, and other modern calamities, a historic movement has been quietly raging in India. Since August, tens of thousands of Indian agricultural workers, many of them members of the Sikh religious minority, have taken to the streets across the country. The protests are a result of a series of legislation passed by the Indian government in recent months that would leave Indian farms open to privatization. According to the New York Times, 60% of India’s population are agricultural workers, and the reliance has only grown in the last year in the midst of the coronavirus pandemic. The Indian Government has historically played a major role in supporting and bolstering Indian farmers, actions that had helped solve the hunger crisis of the 1960s.

The move to reduce government intervention is part of an ongoing effort by PM Narendra Modi’s government to liberalize and expand the Indian economy. Agricultural workers, however, are concerned that the move would leave them at the mercy of greedy, deregulated corporations and widen the inequality divide in India. In addition to laying bare the fundamental inequities of agrarian life in India, the protest, and its response from the Indian government and BJP supporters have demonstrated the potential for democratic backsliding in India. As, the protests have been steadily gaining international attention, culminating in a violent showdown in New Delhi in the last week of January, popular figures like Rihanna and Greta Thunberg have come out in support of the agricultural workers’ efforts. Ardent supporters of Modi’s BJP party, many of them Hindu nationalists, in contrast, immediately condemned the protests and anyone who supported it, going so far as to burn effigies of Greta Thunberg in the streets. Modi’s government seemed to condone the fiery language of the Indian right when they arrested 21-year-old climate activist Disha Ravi earlier this month after she edited two lines of a Google Docs toolkit on the farmer protests disseminated by Greta Thunberg. Her arrest provoked concern and outrage by Indian civil liberties activists, who saw the Indian government’s response to the farmer protests as further evidence of Modi’s undemocratic potential. Ravi was released on bail this week, but her arrest, as well as the BJP’s response to the farmer protests, is emblematic of the potential for authoritarianism in India.

As an Indian-American, seeing the language and actions of the Indian right is terrifying, but familiar. Disha Ravi, who lives in Bangalore, my father’s hometown, was arrested for activism work that I myself might have done, was I in her place. And much like former-president Trump in the United States, Narendra Modi has accumulated almost a cult-like status among some Indians. His ties to Hindu nationalist organizations and his actions against religious minorities have worried many before, and the recent farmer protests seem to cement Modi’s status as an undemocratic leader. As with the rise of other global far-right administrations, it is the strength of the people––showcased through dissent, vigilance, and political engagement––that will ultimately protect Indian democracy from itself.