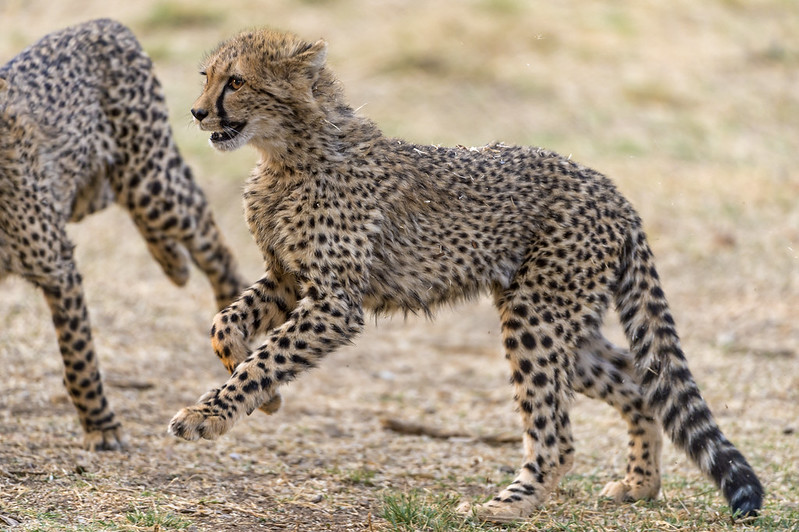 In 1952, the cheetah was officially declared extinct in India. Centuries before, hundreds of Asiatic cheetahs roamed India. During the Mughal Emperor Akbar’s rule, there were over 10,000 cheetahs living in India, and the emperor alone had 1000 in his kingdom.  Despite the cheetah’s importance to the ecosystem in India, they were hunted by all. Instead of protecting cheetahs, people viewed them as a commodity.

Over time, the number of cheetahs had rapidly decreased. Cheetahs were hunted for sport as their hides were seen as prizes. Global climate change caused a lot of their habitat to turn into a desert, and as a result, the cheetahs began to enter villages to find food. Villagers saw the cheetahs as threats because  they ate all of the livestock. In retaliation to this, people began shooting. By 1947, only three cheetahs remained in India. All three were supposedly killed by Maharajah Ramanuj Pratap Singh Deo, the king of Chhattisgarh later that year.

Since then, there have been many plans to reintroduce the cheetah to India. During the 70’s, India was negotiating a deal with Iran to send a few Asiatic cheetahs to India. However, the deal fell apart due to  the Iranian revolution. In 2009, the idea was brought back into the spotlight. India considered releasing the cheetahs in Kuno National Park but many criticized the  idea, saying that the park wasn’t fit for them. Despite the backlash, Indian officials moved forward with their plan. In 2012, negotiations with Namibia began to bring in African cheetahs. This was short-lived as the Supreme Court felt that India should focus on reviving the Asiatic Lions population, and that the cheetahs should only be brought from Iran. In 2020, amid the pandemic, India’s National Tiger Conservation Authority proposed a $28 million plan to bring back the cheetah. The Supreme Court gave the green light and two years later, on September 17,  2022, eight cheetahs were flown in from Namibia. These cheetahs will remain locked inside Kuno National Park for a month, and then will be set free to roam the park. However, once released, the cheetahs will have no protection against the other species living in Kuno (such as the Bengal Tiger and leopards). Conservationists believe that the cheetahs are likely to enter the nearby towns which poses a great threat. In case this occurs, each cheetah has a GPS tracker implanted inside of them. Despite the positive effects of cheetahs in the ecosystem, India is being heavily criticized for their decision. If it is the wrong one, we’ll find out soon enough.