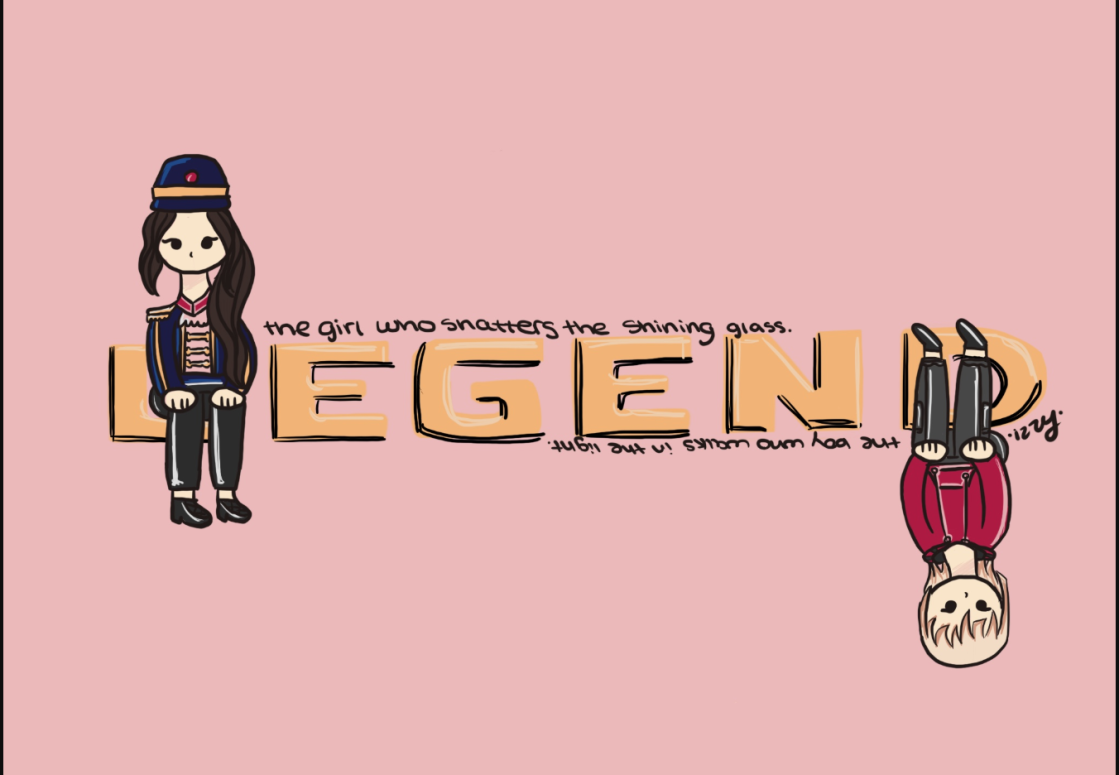 June: “I never did ask you about your street name. Why ‘Day?’”

Legend is a sci-fi dystopian set in futuristic North America, where the United States has split into two, the Republic and the Colonies. In the world of Legend, both government corruption and technological innovation has skyrocketed to a new level. The story follows two heroes of different worlds, June and Day. June is a prodigy bound for a respected position the Republic’s military, while Day is on the top of the Republic’s most wanted list. When the two cross paths, they become entangled in a web of lies, politics, and murder. Legend tells of the unlikely romance budding between the two protagonists, who couldn’t be more different than day and night, and of the corruption of the Republic government. Legend’s two sequels, Prodigy and Champion, continue to build on the series’ intricately built dystopian world, the overarching plot of the government, and the growing relationship between June and Day.

When I first picked up a copy of Legend, I felt like I needed to read a dystopian after finishing reading The Hunger Games. A few chapters in I was drawn in by Marie Lu’s compelling world building of the Republic. As I read the following books, I got more invested Legend’s character relationships, particularly the loyalty of June and Day to their respective families. However, I was unsatisfied with the ending of Champion, which was supposed to be the trilogy conclusion after it was released in 2013. Without spoiling the ending, it’s hard to explain why exactly I think it is unsatisfying. However, I’ll say that the ending seems a bit cheapened in the use of a cliche to resolve the plot and the epilogue is less of a conclusion but rather a cliffhanger. I’m excited that Marie Lu has decided to extend her trilogy into a quartet, after leaving readers in suspense for nearly six years. The final fourth book, Rebel, is hitting bookstores later this year in November. The original trilogy is also adapted into beautiful graphic novels, if that’s more your cup of tea. However, I feel that to keep the graphic novels short, some of the most compelling original scenes are missing from it. Overall, I’d rate this book four stars out of five. I would strongly recommend it to anyone who likes sci-fi or dystopian genres, and those who liked Jessica Brody’s Sky Without Stars and Suzanne Collin’s The Hunger Games.