PLEASANTON, California — Genius Kids founder Rennu Dhillon says our greatest fear after death is public speaking — unless we make some incremental changes in our education system while we’re alive.

“Confidence is critical,” Dhillon says. “You have to learn how to take control of your life. Compassion, communication , eye contact — these are the kinds of soft skills that we as parents and teachers need to instill in our kids today.”

Her personal odyssey — long before she became a Bay Area education mogul, Radio Zindagi talk show host, and community activist — is its own story of confidence and coming into one’s own. Dhillon grew up in a tightly-knit Kenyan suburb, much like our Bay Area cities littered with extracurricular activities and educational pursuits.

“My mother, being the typical Indian mother that she was, enrolled me into practically everything from music, art, piano and sports,” Dhillon says, and laughs. “But my father, a medical practitioner and the local Deputy Mayor, was very deep into politics. So one of the big things that he really wanted us kids to focus on was communication. They enrolled me into a drama school called the Little Theater Club at the age of three.”

Dhillon’s education began in front of the microphone, as she learned to lose herself into every character from Cinderella to the Big Bad Wolf. What began as weekend visits to her community theater turned into an impromptu lesson in building self-confidence — a skill she would then take with her for the rest of her life.

“It wasn’t even referred to as public speaking at the time,” Dhillon says. “It was called elocution by the Brits. And I found that when I look back, I really strongly believe that I got my voice and the fearlessness I have because of that — because I was put onstage in front of hundreds of people. It was the opportunity to learn lines, memorize them, and truly understand my character. I think it [confidence] was so inbred in me that I just became a very active public speaker.”

Her roots in theater developed into a burgeoning interest in community activism. Dhillon’s childhood in Kenya marked the intersection of so many rapid changes, from an early wave of the feminist movement to political unrest in India following the death of Indira Gandhi. The young actress put pen to paper, drafting impassioned poems and letters for the local newspaper.

“I was a very, very controversial figure in my town,” Dhillon says. “I mean, I was always expressing my views, especially when it came to women’s issues. And my dad didn’t even know half the time when I was writing to newspapers. It would only be when we would get anonymous phone calls at home threatening me about something that my dad would look at me and say, ‘did you write that?’ And I’ll be like, ‘yep.’ God, I caused so much drama at home.”

Twenty years later, the outspoken Kenyan pre-teen, after completing her Pharmacy Degree in the United Kingdom, and Doctorate of Science,  launched into two very successful businesses of her own – a matrimonial dating agency and recruiting firm in the United States. At Reservoirs Services, she hooked up 200 people in 5 years. She then ventured into recruiting CEOs for start ups, moving from hooking people with people to providing them with jobs. As a single mother navigating the labyrinthian American Dream, helping young men and women find love offered startling insight into the role of ‘soft skills’ within the South Asian American community.

“I mean, I would get clients who were working at a top software company — clients who were CEOs. The resume would be great, wonderful even. And then we would talk,” Dhillon says, sighing. “I would meet them and they had no grooming skills. I would be like, ‘are you seriously a CEO?’ When it came to the interviews, I spent way more time counseling people on how to go on dates or interviews! 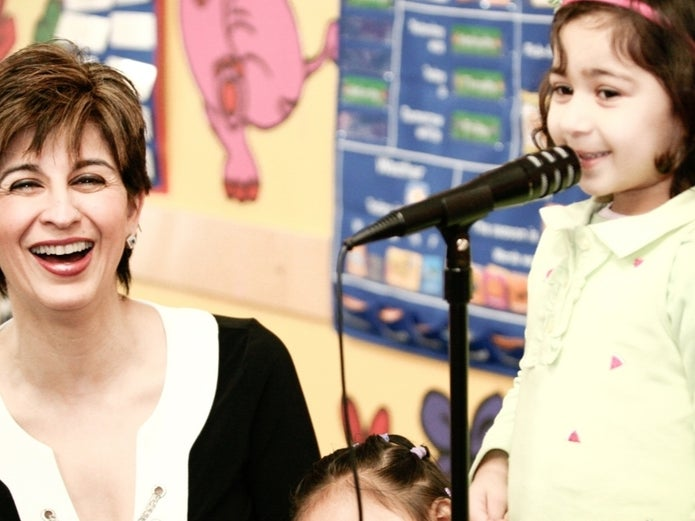 For Dhillon, the devil was in the details. From critiquing her client’s fashion choices to providing advice on eye contact and tone, she realized how the simplest features of personal interaction paved the way to success. Her experience as a dating coach and recruiter molded her vision when she opened up a Fremont-based daycare and accelerated learning center named Genius Kids.

Unlike mainstream education programs, Genius Kids instills public speaking and collaborative skills in students from a young age. Founded in 2001, the organization quickly caught on among Bay Area parental circles. Dhillon’s effortless relationship with kids, paired with her knack of combining learning strategies with the latest technology, brought in more families than ever. With time, her single center transformed into a state-wide franchise spanning more than 18 cities and now an award winning franchise with over 30+ locations

“I think kids learn with smart and interactive technology,” Dhillon says. “We were actually one of the first preschools to ever introduce smart boards into the classrooms. Even the toddlers will come up on our stage, look at a screen, and point to the answer with their little fingers. These are our ways of teaching children. To stimulate students’ curiosity, I don’t want anyone memorizing stories in my classes. I want discussions. I want kids to tell me the story back in their own words — add their own flavor to The Three Little Pigs and use their own imagination. This is how we access a child’s voice and build on their confidence.”

The Genius Kids franchise bloomed into a household name. Dhillon herself was featured everywhere from CNN Money interviews to women entrepreneur panels, invited worldwide to speak on early education. In 2018, she even spoke at the House of Lords in London.  No matter where she was featured, however, Dhillon felt that her original vision of instilling confidence and courage in young children was still incomplete.For the second time in her life, Dhillon embarked on a writing journey, this time penning a parenting book titled, Raise Confident Children: Today’s Kids, Tomorrow’s Leaders. The book has different sections dedicated to Dhillon’s ‘Cs’ — compassion, conflict resolution, charisma, control — the different elements that shaped her experience in both teaching and parenting. 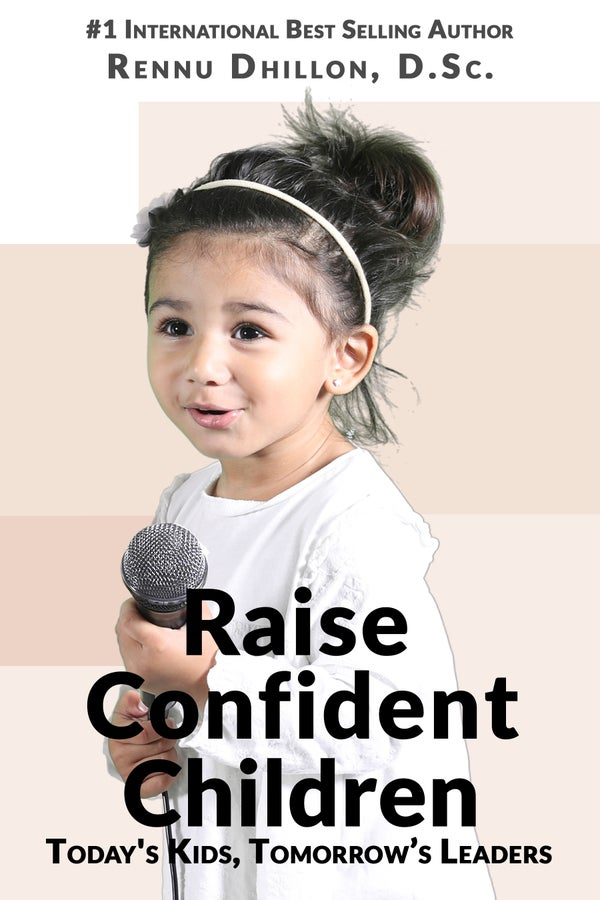 “There’s a need to simplify parenting into its basic ingredients,” Dhillon says. “It’s not something that always comes naturally — especially now that we have all these distractions. The world was very different for my great grandparents, grandparents, and my parents. Now, we’re living in a crazy world — completely insane. And if you don’t prepare your child to be able to face a world of the unknown, your child won’t have any control over their life. So I’m a huge one for books. I’m always on the search for new material and information because learning never stops.”

Amid the coronavirus pandemic, there may be no better time for Dhillon to release Raise Confident Children: Today’s Kids, Tomorrow’s Leaders. As lockdown restrictions force schools to adapt to a virtual learning environment, every parent must challenge their preconceived notions about testing, college admissions, and academic life. And perhaps there may be no better writer to release this book than Dhillon herself. As a woman who ventured across borders, within new industries, and into the lives of hundreds of children, Dhillon seeks to embody the very experience she chronicles in her book — a journey into the precarious unknown, where learning and adapting is always essential.

“Don’t underestimate your children,” Dhillon says. “Let them pursue and find their path. And most of all, listen to what they have to say.” Stay tuned for Confident Children: Today’s Kids, Tomorrow’s Leaders, which releases on October 6th on Amazon! Click here for further details.